The Epidermal Growth Factor Receptor (EGFR), a transmembrane protein involved in the regulation of signaling pathways, is frequently overexpressed in epithelial tumors. First generation EGFR TKIs, such as erlotinib and gefitinib, traditionally improved outcomes for non-small-cell lung carcinoma and pancreatic cancer patients by attaching competitively and reversibly to the ATP binding domain of EGFR. Second-generation EGFR TKIs have been developed to combat resistance among patients, despite demonstrating toxic side effects. In the present study, 1400 selective inhibitors were designed based on the molecular scaffolds of first and second generation EGFR TKIs. Results were refined by parameters outlined in Lipinski’s rule. Molecular simulation programs such as SeeSar, AdmetSar, SwissADME enabled the prediction of the compounds’ toxicity, binding affinity, physicochemical properties, and pharmacokinetics. For erlotinib, gefitinib, and a second-generation EGFR TKI, the binding affinity was increased by over 1,879,065 fold, 44,931 fold, and 9125 fold respectively, based on lower-boundary estimates. The data suggested that quinazoline derivatives offer the greatest inhibition of EGFR mutants, but other aromatic hydrocarbons bases may decrease cardiotoxic effects. Nitrogen substitutions and cyclic additions to the 1,2-Dimethoxyethane structures resulted in a significant increase in binding affinity to EGFR, and rigidifying linkers and adding O-H groups allowed for the decreased inhibition of the human ether-a-go-go gene. These findings may lead to further optimization of anticancer drugs and provide a computational strategy for drug design. 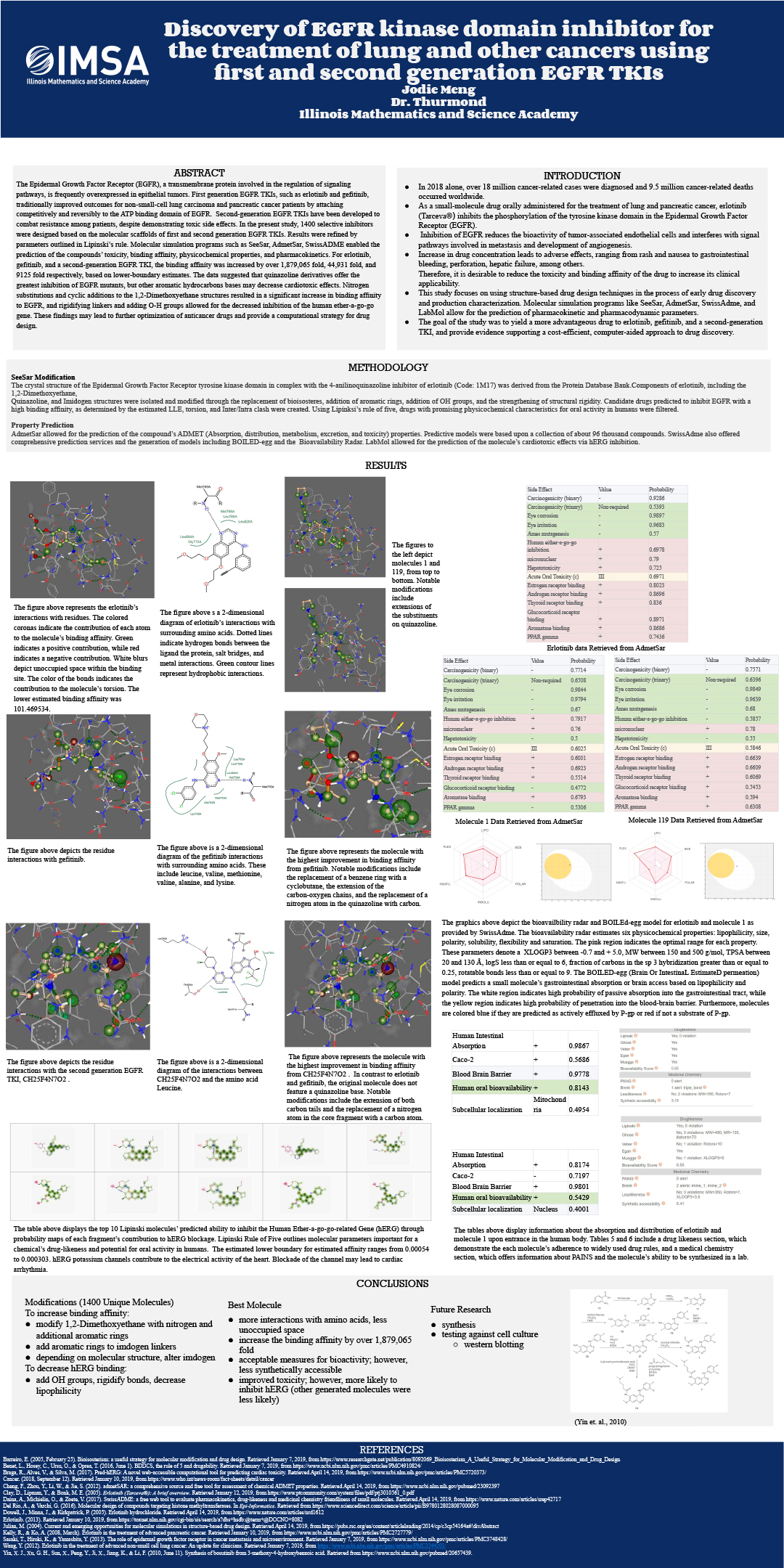 Click on the image above to open a full resolution pdf

Meng, J. (2019). Discovery of an EGFR Inhibitor For the Treatment of Lung and Other Cancers.
Retrieved from: https://digitalcommons.imsa.edu/student_pr/47