Angiogenesis is the process by which new blood vessels form, as cells undergoing hypoxia secrete Vascular Endothelial Growth Factor (VEGF), which prompts a tip cell phenotype in adjacent endothelial cells. The new tip cell expresses DLL4 and presents it on its surface, which binds to Notch receptors on neighboring cells and inhibits them from also becoming tip cells, forcing them to adopt the stalk cell phenotype. Notch signaling is critical to the tip/stalk cell fate decision, and both Notch1 and Notch4 are expressed in the vasculature, but not much is known about the different roles and parallel functions of Notch4 in contrast to the well-studied Notch1. In order to quantify the effects of removing Notch4, Notch4 mutants were generated via genetic mutations, or Notch4 function was inhibited by an anti-Notch4 neutralizing antibody. The vasculature of postnatal retina from control animals was compared to either knockout or anti-Notch4 treated mice on measures of radial outgrowth, tip cell count, vascular density, large vessels count, and branching. The experimental groups were then compared to each other to understand the degree to which pharmacologic inhibition recapitulates the genetic knockout phenotype.

The mapping of angiogenic pathways is of consequence because it offers many avenues for studying human health. For example, new cancer research aims to reduce blood flow to tumors by decreasing angiogenesis, and published data suggests that knocking out Notch4 reduces tumor perfusion and growth. Therefore, a deeper understanding of the role of Notch4, and in turn, angiogenesis, could aid the development of new medicinal therapies for some of our most deadly diseases. 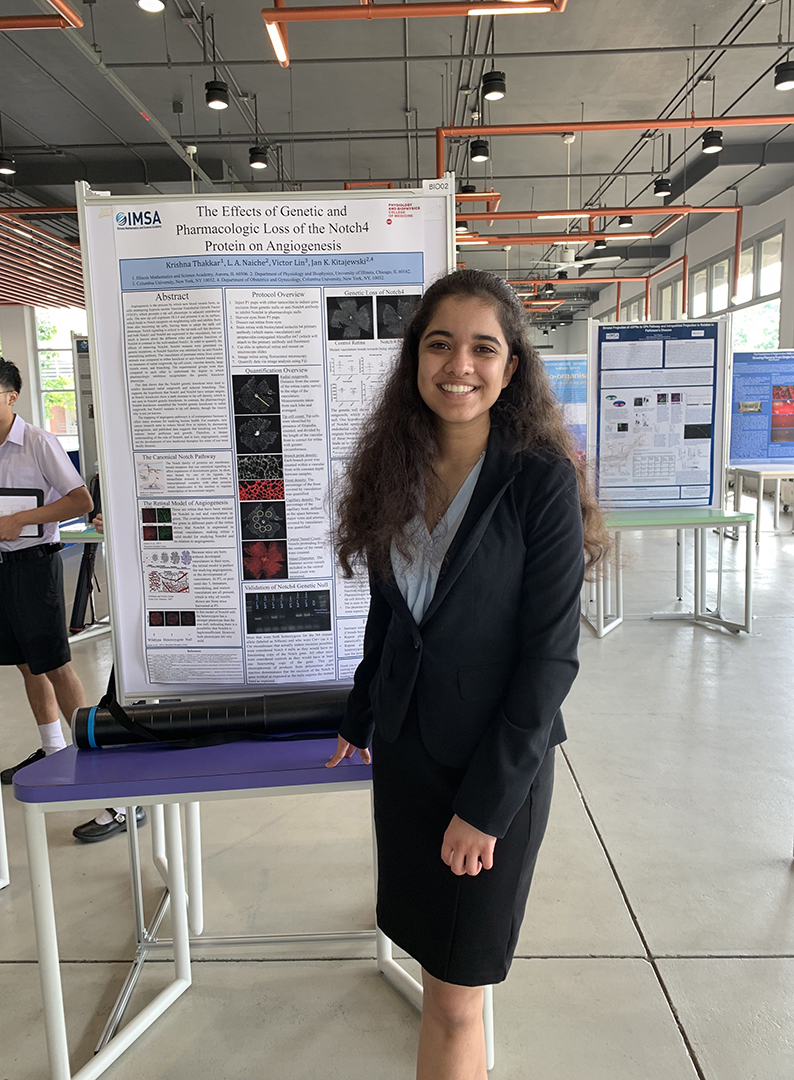 Thakkar, K., Naiche, L. A., Lin, V., & Kitajewski, J. K. (2020). The Effects of Genetic and Pharmacologic Loss of the Notch4 Protein on Angiogenesis.
Retrieved from: https://digitalcommons.imsa.edu/student_pr/52